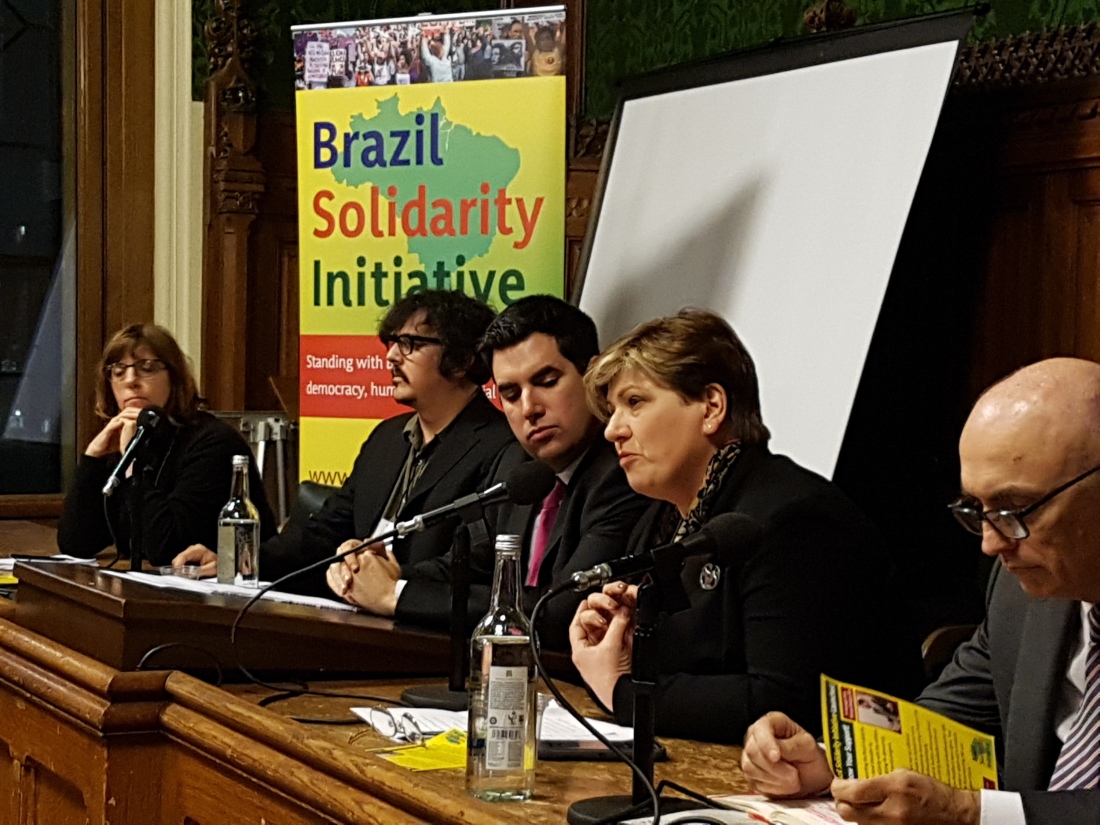 Daniel Hunt, a founding editor of Brasil Wire addressed the launch meeting of the Brazil Solidarity Initiative. He powerfully summarised how the US has intervened to politically persecute the left and decapitate its leadership through the two coups against Dilma Rousseff and Lula da Silva. This US intervention has paved the way for a fascist to become the President of the world’s fifth most populous country. Building an immense movement of solidarity with the progressive people of Brazil is absolutely vital. Below is the full transcript of Daniel’s speech.