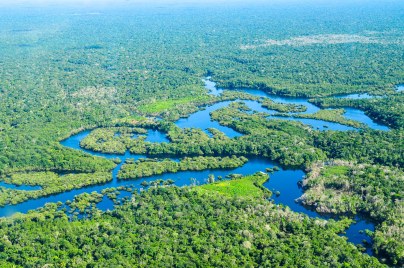 There is growing international opposition to the rapid increase in deforestation of Brazil’s Amazon rainforest which has taken place since far right politician Jair Bolsonaro was elected President last year in October 2018. Bolsonaro’s destructive environmental policies go hand in hand with his destructive, anti-developmental economic policies.

Bolsonaro’s government has launched an ultra neo-liberal offensive on several fronts which includes a huge programme of privatisation and the undermining of the technological development of Brazil’s economy. At the same time Bolsonaro’s government has encouraged aggressive deforestation of the Amazon rainforest, is in a close alliance with agribusiness which profits from deforestation and is promoting a regressive economic strategy based on expanding agricultural exports – not developing the technological level of the Brazilian economy or pursuing opportunities for green growth.

Pedro Marin, editor and founder of Opera Magazine in Brazil argues that there is no way to save the Amazon rainforest without transforming the Brazilian economy.

There’s no way to understand the smoke curtain that, coming from Amazon, darkens São Paulo’s sky, if we don’t understand that São Paulo, the great and rich metropolis, is only a stop point of the long commercial mesh that starts in the North, Northeast or Midwest of Brazil, and ends in a North-American, Chinese or Dutch factory. The mesh is maintained, as it has ever been, by primary products; taken from the land or planted in it by hellish machinery, that aren’t consumed by our people but that, once produced by it, are negotiated on São Paulo’s stock exchange to generate a useless profit, that takes comfort within the pockets of a few in Brazil, building on the progress of other nations while reinforcing our dependency. In fact, the smoke that darkened the sky last week is there every day, though so meticulously hidden.

20% of our exports are minerals and oil. 17%, vegetable products – especially soy, which represents 12% of this fraction. Another 12% are food, 7.4% are metals and 7.1% animal products. So we already have 63.5% of all our exports based on making our country a rancher. And yet moderate journalists on the radio who criticize President Bolsonaro’s destruction towards the Amazon, reiterate to us the importance of agribusiness, which they say generates a lot of wealth for the country. They tell us carefully, “We cannot criminalize agribusiness.”

Then there is the French crocodile that occupies the Presidential chair, Emmanuel Macron, who took his own tears to summon the Amazon theme at a G7 meeting – the club of the seven richest countries in the world. Macron, the “moderate” who is embraced by our stupid, childish liberal progressives, has made it clear that he shares at heart some of the spirit of Harvard professor Stephen Walt, who at Foreign Policy, under the title “Who will invade Brazil to save the Amazon?”, makes a series of “hypothetical” and “speculative” considerations to argue that “it is only a matter of time before the great powers try to prevent climate change by any means necessary.” While adopting the term “national sovereignty” to address the Amazon issue, Macron asks if it would be possible to “define an international status of the Amazon” by saying that “the importance [of the Amazon] is so great to the climate that it cannot be said that ‘it is only my problem’”. Yes, Monsieur Macron: it’s just our problem. If France cares so much, then try to make up for the 1.5 billion it imports from Brazil’s farm in technology transfer and development to our country. Or rather, to pay more, in absolute and relative terms, for what is produced here.

There were also the crocodiles in uniform. General Villas Bôas even quoted Ho Chi Minh to oppose French colonialism: “The question arises as to where moral authority would come from that country [France] which, as Ho Chi Minh said, is the homeland of the Enlightenment, but when travels forget to take it with”. The Home of the Free, Land of the Brave, the US, also forgets to bring freedom or bravery to its new colonies. Instead, they hire local generals, as was done in 1964, to torture and enforce. General Eduardo Villas Bôas, now so concerned about sovereignty, is silent about the delivery of the Alcântara Base and the sale of Embraer to the Americans. In the new Monroe Doctrine, he fills his chest against the French, but kneels to the Americans; speaks against Macron but gladly accepts the announced US and Israeli aid to Amazon. Does he have moral authority to speak of sovereignty? Valor Econômico newspaper reports what was already expected: the government’s military nucleus was strengthened in the cockfight between Bolsonaro and Macron, isolating minister of Environment Ricardo Salles. The newspaper says: “The help of the military in the Amazon crisis, however, has imposed conditions that the president must follow. With the international crisis, Bolsonaro needed the military, two of them former Amazon commanders with authority to talk about the forest: former Army Commander Eduardo Villas-Bôas and Augusto Heleno […] It was Heleno’s idea to convince Bolsonaro to establish a decree authorizing the use of the Armed Forces to Guarantee Law and Order (GLO) in the Amazon.” The uniforms do not defend Brazil’s sovereignty – but its position as the Sovereign power.

Finally, there is the stupid Brazilian President. First, he tried to blame the NGOs for the fire. After saying on television that “we don’t like what we’re seeing” – we really don’t like it, president! – and apparently being framed by the Military Party, Bolsonaro backed down and announced that it will investigate the allegation that a group of farmers in Pará has arranged a “Day of Fire” in support of the President. As the newspaper Valor Econômico reports, “In the opinion of a government source accompanying the crisis cabinet […] the burning in the Amazon rainforest could have been dealt by the Brazilian Institute of Environment and Renewable Natural Resources’ (Ibama) routine action in articulation with state governments and federal police forces, as it always does every year.” But Bolsonaro and his environment minister, Ricardo Salles, constantly attacked Ibama and ICMBio (the latter had its command exchanged by the military), disallowed fines, applauded loggers and cut off spending. They also have a unique front against the so-called Indigenous, those peoples who know how to occupy the forest without destroying it.

There is already an Amazon Cooperation Treaty Organization, whose members are Bolivia, Brazil, Colombia, Ecuador, Suriname, Guyana, Peru and Venezuela, and which may well deal with the issue of fire. Bolivia, Venezuela and Peru have already called for a meeting, but apparently remain solemnly ignored by a Brazil seeking refuge in Trump. There is no solution for the Amazon that does not undergo a change in the Brazilian economic matrix. If the world expects us to be a big farm, and if we kneel to the world, it is the farm that will advance – even over the forest. Either Brazil turns first of all to itself and its people, or the agricultural frontier will continue to advance. This is the theme Macron, generals, “moderates”, Bolsonaro and Trump don’t want bring on – because they are all associates in the Brazilian dependency. They cry in front of the cameras, but behind the smokescreen toast and laugh as they move their pieces in political and geopolitical chess. Crocodiles do not fit in the Amazon; The Amazon River is home for alligators. Crying, fighting, or occupying it, they still represent a serious environmental imbalance: with each one of them seeking a gain, Brazil is the loser.

This article was originally published here on the Opera website.