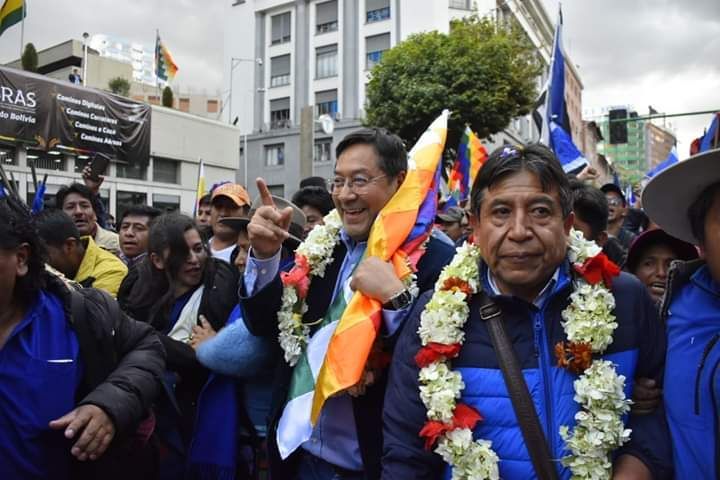 Bolivia’s presidential elections are scheduled to take place on May 3, 2020. The elections will be organized by the ‘transitional’ government of Jeanine Anez who seized power in a U.S.-backed military coup on November 10, 2019. The coup forced out the democratically elected leftist-indigenous government of Evo Morales, who presided over an economic boom following a rejection of IMF-imposed neoliberal measures.

On the 9th of November 2019 Bolivia’s democratically-elected President Evo Morales said in a televised speech: “I would like to denounce before the Bolivian people and the world that a coup is underway. A coup against a democratically-elected government. A coup against social movements, workers, patriots, humble and Indigenous people who have built a democratic cultural revolution.” The ongoing coup attempt by the US-backed opposition in Bolivia has reached boiling point. Sections of the police have declared mutiny and far-right protesters attacked and shut down the government's media outlets, assaulting its journalists. Now new elections have been called by the Bolivian government in an attempt to defuse the situation.

Western media outlets, from the Guardian to the Financial Times, and even the supposedly progressive Novara Media have joined in the coordinated attacks on the world-leading, progressive environmental record of Evo Morales’ leftist government in Bolivia. This is part of a convenient and deliberate strategy to divert pressure and attention from Brazilian President Jair Bolsonaro who is widely known to have encouraged aggressive deforestation of the Amazon rainforest.

New regime change efforts are underway in Bolivia, this time, bizarrely, aimed at blaming Evo Morales’ leftist government for the fires raging across the Amazon. So far it’s a narrative confined to western funded NGO’s and their contacts in foreign media. However, one should expect an intensification of US intervention and regime change propaganda as the country faces general elections this October.  To understand how the US operates in Bolivia, and how they have been defeated, it's worth looking back on the last major CIA-backed effort to get rid of Morales. 2008-2009 was the ‘media luna’ coup - a wave of violence by an elite that knew they couldn’t defeat Morales in democratic elections. It was defeated, in no small part, by the role Venezuela played in helping Bolivia overcome the conflict that very nearly spilled into open civil war.